“I knew this was our chance to escape, and I wasn’t certain if we would make it out alive if we didn’t leave then.”

Everything changed for Karissa Wood, her mother Kristin, and four siblings on that Monday morning in 2001 when her father unleashed an outburst more violent than the family had ever experienced before.

Before that day, Karissa lived aboard on a boat with her Christian missionary parents and four siblings. She had the life most children dream of: spending her free time swimming and snorkeling in tropical waters while being homeschooled.

“To the outside world, we were like Swiss Family Robinson,” Karissa said. But behind closed doors and in isolation out at sea, Karissa’s father terrorized the family physically and emotionally.

“‘We have to go,” Karissa told her mother. “She wanted to pack so we would have clothes, but there wasn’t time.”

Within a matter of hours, the Wood family went from escaping in a dinghy to safety on the shores of Hawaii to stepping off a plane into Seattle with only the clothes on their backs.

Karissa and her family stayed with her grandparents in Seattle following the move. Her mother worked diligently to build a new life for her family working two jobs and attending college classes at night. Still, the prospect of being able to afford a home to accommodate her big family was out of reach. A year after arriving to Seattle, Karissa’s mother applied to be a Habitat Snohomish homeowner.

On Thanksgiving Day, the family received the good news that they were selected for a home in Everett. 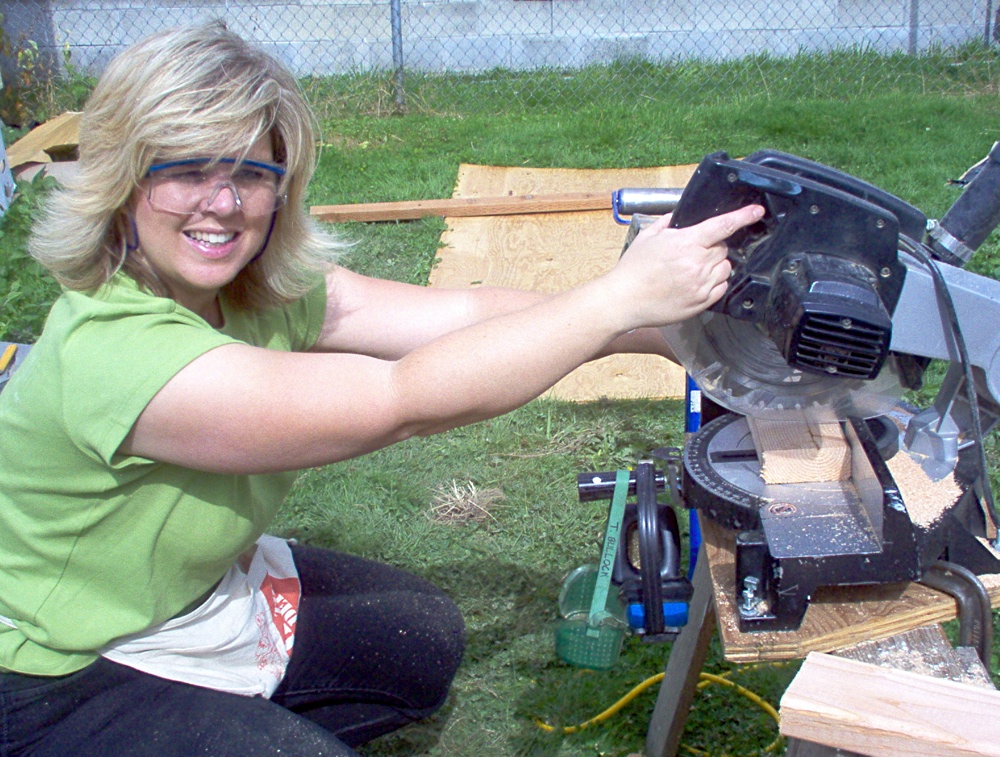 Kristin Wood cuts some 2x4s on her new home build.

“I’ll never forget the tears of joy that flowed when she told us we would have a home of our own,” Karissa said.  The house was named Phoenix because the previous house on the lot had burned down. “Our family that had felt like a pile of rubble was now going to have a home in this place – it was life rising from the ashes.”

The construction of the home began in 2004. Karissa’s mother was on site every Saturday pounding nails that were building their new life while earning her 500 sweat equity hours. “It was her favorite day of the week,” Karissa said. The family was touched by the volunteers that showed up every week to help them build their new home. “Without saying a word, they told us that our family mattered and that we were important…they wanted us to have a home and a good future.” 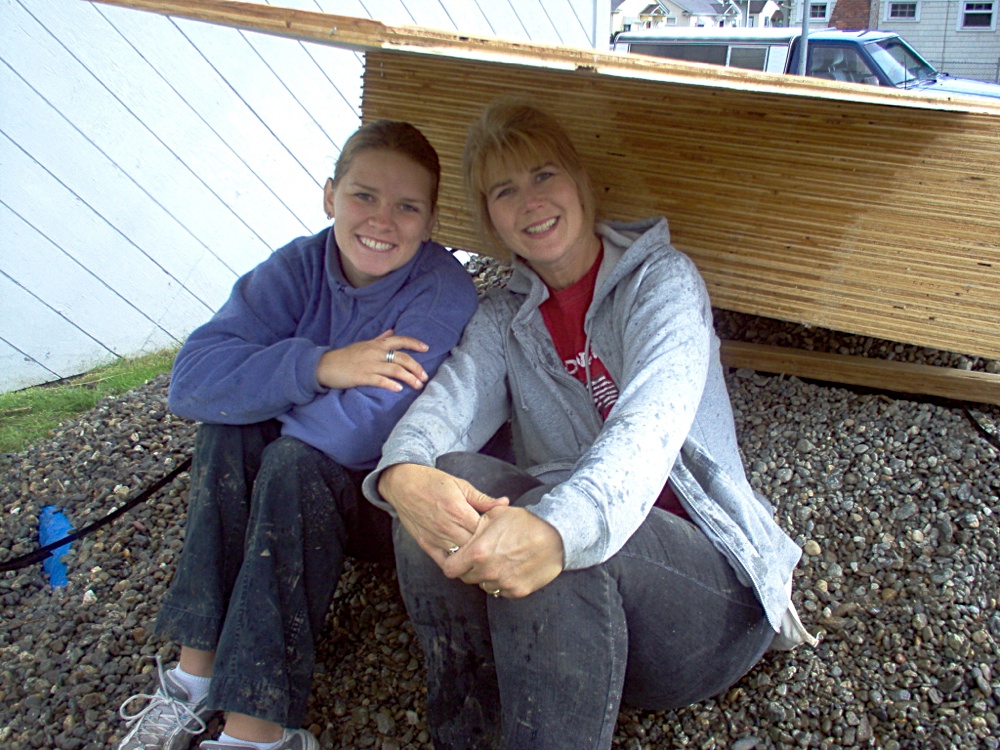 Karissa’s mother went on to earn her master’s degree and accepted a position with Boeing where she still works as a Senior Project Manager today. Karissa went on to graduate from culinary school and is currently employed by Amazon. She also serves as a volunteer firefighter and paramedic and is the Vice President of the Bainbridge Island Volunteer Firefighters Association. The 4 other Wood children are happily pursuing their goals and passions.

Over a decade later, Karissa’s mother is still living in the home. Although some of the children live far away, the whole family reunites back to the home where they rebuilt their lives. “Every shovel of dirt and gravel that was moved, spoke to us that the weight of pain in our past was moving away. All the paint, tile, flooring and fixtures – added not only beauty to our home, it added beauty to our lives. As a family, we have all chosen to say thanks by doing our best, being our best, working hard and finding ways to pay it forward.” 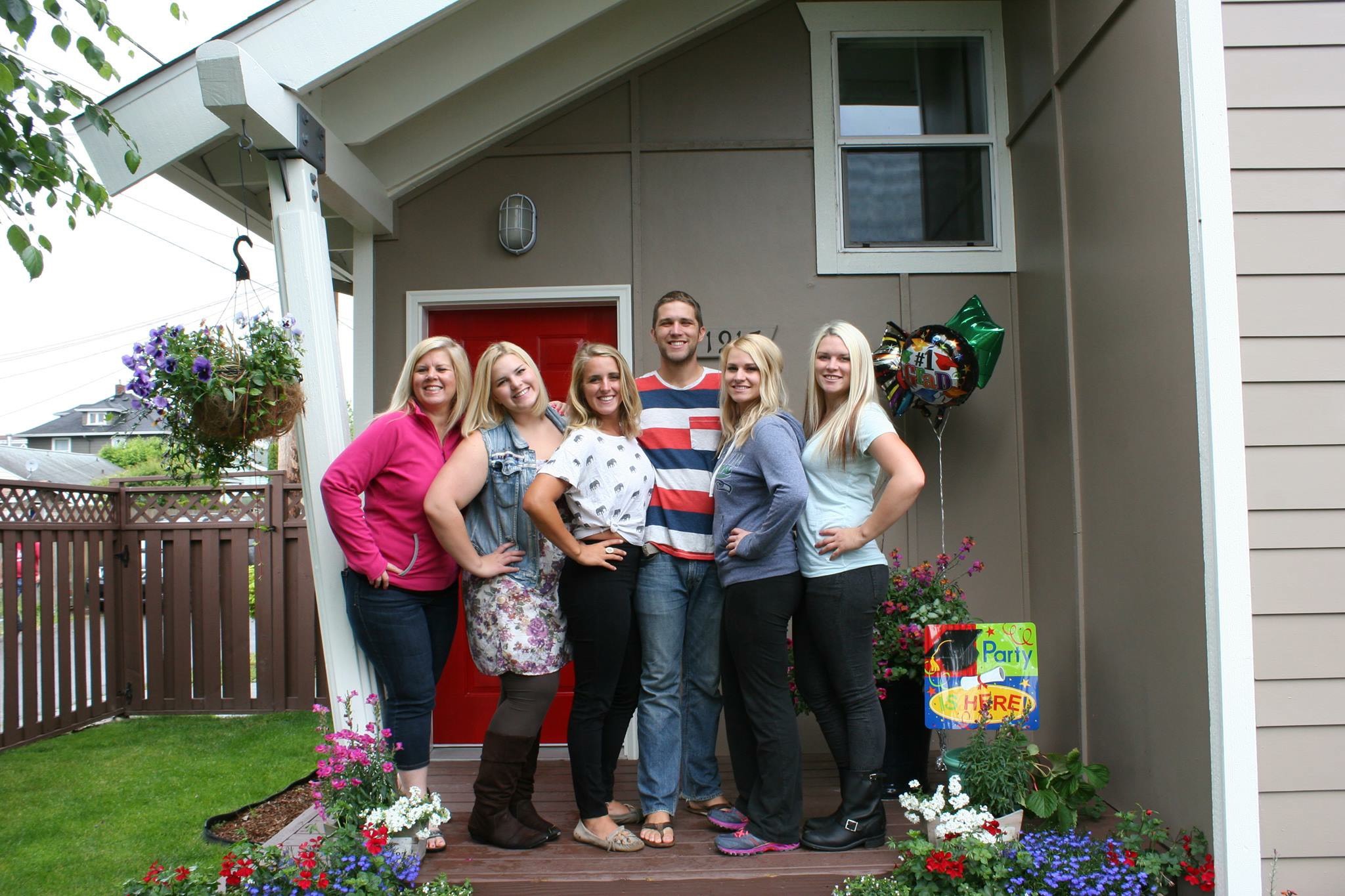