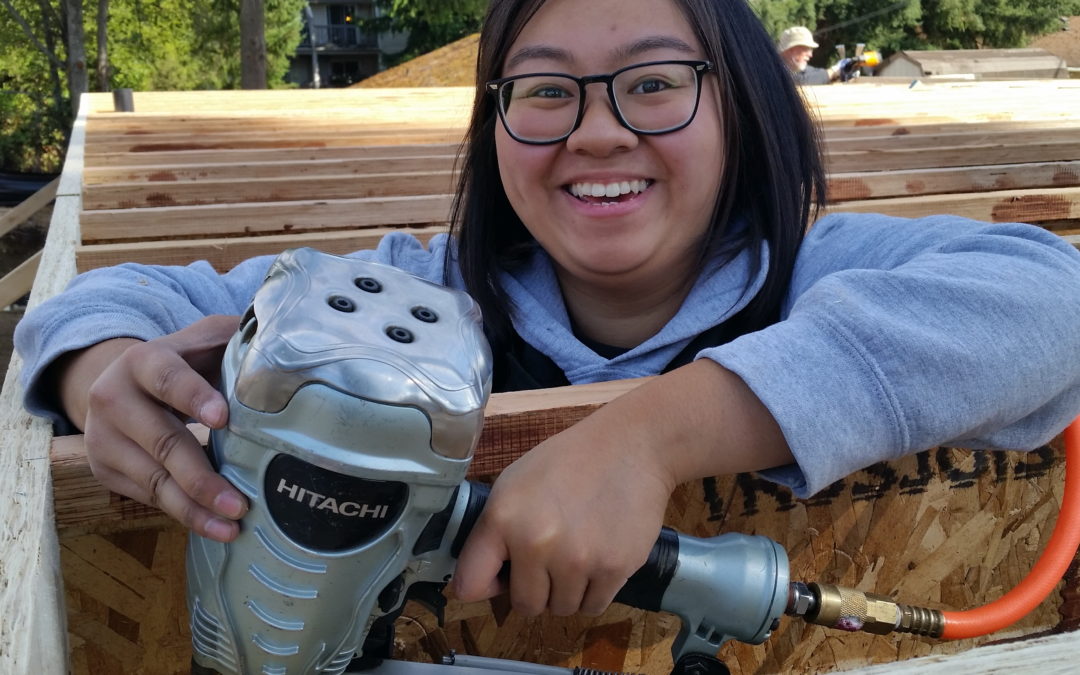 After graduating from the University of Washington with a degree in architecture, Stephanie Lam wanted to really dig in and experience what a home design can produce; how it can bring neighborhoods together and what it can do to help people in the community.

That’s when she stumbled upon Habitat AmeriCorps in her home community, Snohomish County.

“I wanted to see what I can do to serve my community, what are some of the ways that design and construction can make an impact on those around me,” Stephanie said. “I wanted to show that you can get up, walk out your door and help your neighbor.”

Stephanie grew up in Lynnwood, Washington and graduated from Edmonds Woodway High School before moving on to University of Washington. Interested in drawing and math, Stephanie decided to take architecture classes and fell in love with the concept of using her imagination to create something real.

Stephanie pursued an architecture degree because she likes the idea of designing a building and individualizing it for the people who that building belongs to. She was first attracted to Habitat because it would allow her to put that concept into action.

As a construction crew lead AmeriCorps member, Stephanie can help develop new Habitat projects, build the homes alongside future home owners and volunteers and not only create something, but see how it transforms people’s lives.

“It’s more than just a house, it’s a place for the family to be part of a community,” she said.

Stephanie likes the aspect of creating this home and this community, with the community. Getting to know the volunteers and serving alongside likeminded people has improved her experience with Habitat Snohomish. She’s enjoyed the passion and dedication that each volunteer and staff member at the organization puts into their work.

At the end of her service term, Stephanie plans to re-enroll in another AmeriCorps year. She’s considering many possibilities – continuing with Habitat or trying a new nonprofit organization with similar types of service opportunities. She’s made one thing clear however, and that is the type of organization she wants to be a part of.

“I want to keep serving more families,” Stephanie said. “I want to continue to design with people in mind.”