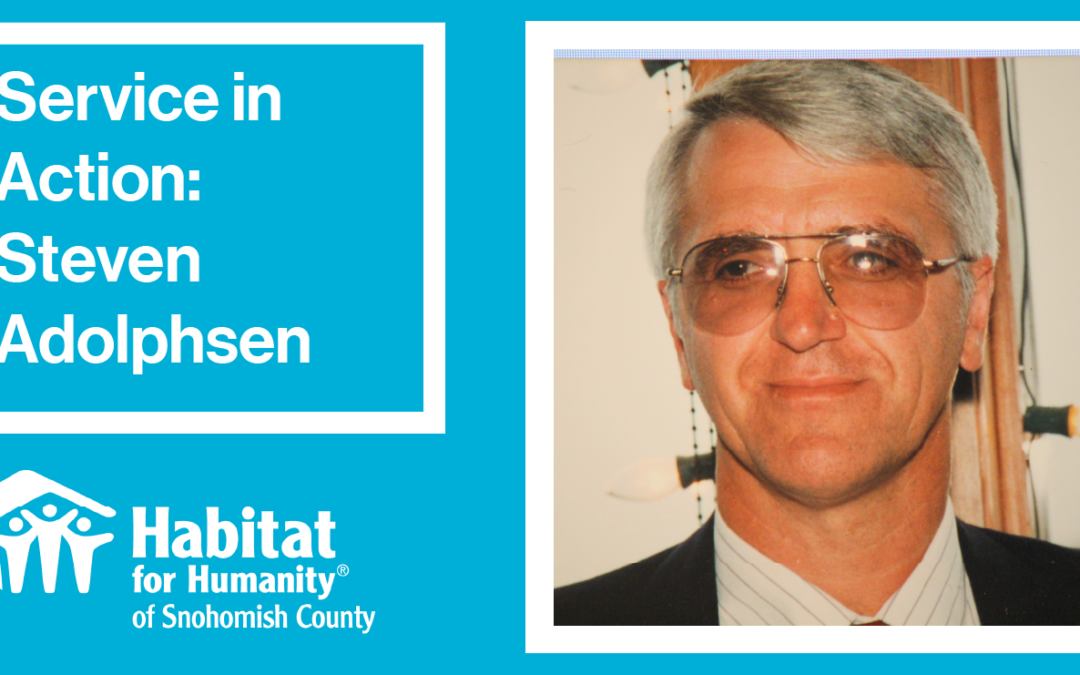 This week’s spotlight is on Steven Adolphsen. Originally from Centralia WA, Steve grew up on a 315 acre dairy farm with his 4 siblings. He worked in construction over summer and holiday breaks while earning his bachelor’s degree in civil engineering from the University of Washington. After training in California, Steve eventually served as an engineering manager for a firm in Everett.

Though Steve was originally a financial supporter of Habitat Snohomish, he wanted to get more involved in anticipation of his retirement.

“I have donated to HfH for many years and have always admired their contribution to a better world. In early 2020, knowing that I would retire in 2020, I contacted Habitat for Humanity of Snohomish County,” Steve said.

After contacting our volunteer manager, Karisa, Steve was invited to coordinate the civil permit for our upcoming Twin Creeks Village project. Twin Creeks village is a group of six townhomes containing four units each in Everett.

Currently, Steve serves on Habitat Snohomish’s Construction Committee as the Civil Permit Coordinator. This means that he works to get approval for all of the underground infrastructure that goes into building a townhome complex like TCV.

Steve loves knowing that his contribution is appreciated. “I can use my years of experience working with multiple jurisdictions on the West Coast obtaining permits and my management (both engineering and subcontracting) skills to get the job done, freeing others from a task that they would have had to add to their already full workload.”

Thank you Steve for all your hard work! If you are interested in getting more involved with Habitat Snohomish either by volunteering in a store or serving on a committee, email volunteer@habitatsnohomish.org.